I went to a potluck a little while ago and a friend of mine made this amazing salad. It was light, crunchy, sweet, tangy and had a distinctive sesame flavour to it. I was desperate for the recipe and when I asked for it, my friend simply stated that it was all in the dressing: Roasted Sesame Kewpie Japanese Dressing. 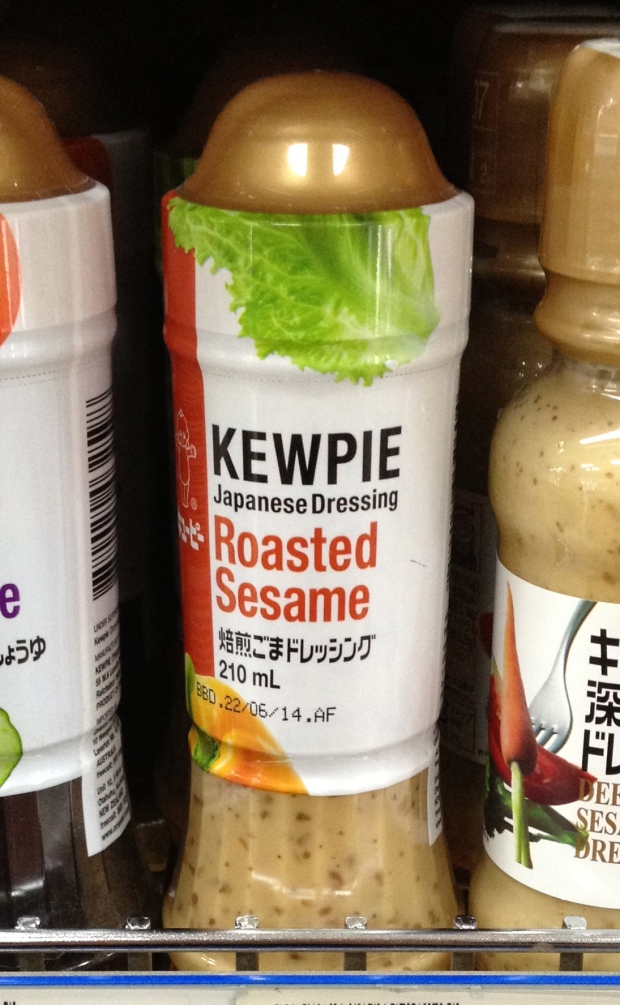 So this dressing can be found at asian grocery stores, particularly the ones that stock Japanese and Korean items.

2. Once the noodles are cooked, drain under cold running water for a few minutes minutes until they feel silky

4. Serve with a sprinkling of sesame seeds