Seriously good. Although a bit more yogurt would have made this even better.

The yuzu mayonnaise and the avocado and wasabi cream really brought this dish to the next level. 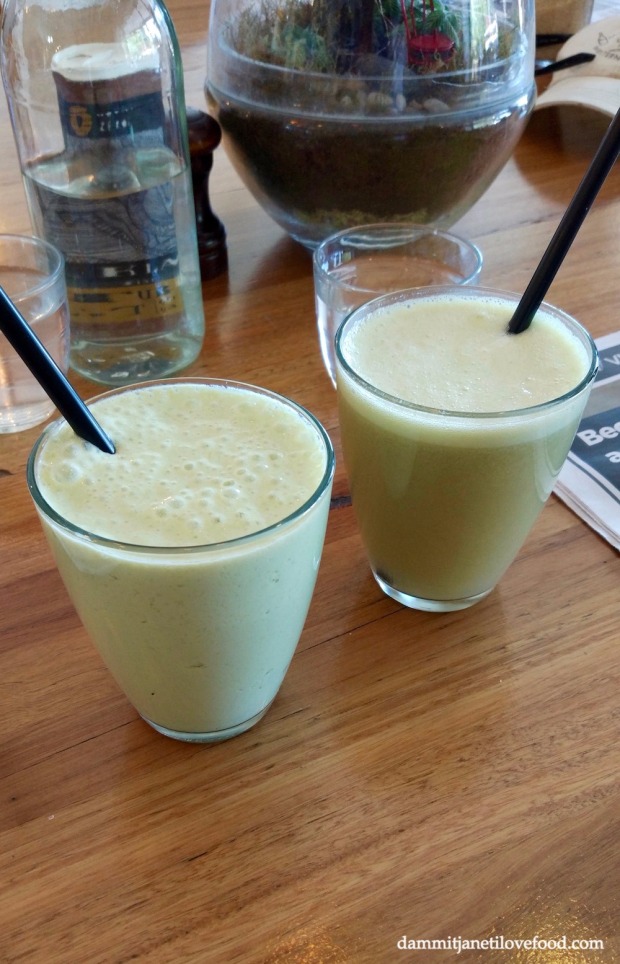 Comfortable bright open space, easy-going staff, colourful and well presented food. The menu here is unique in that every item (aside from the toast) has its own interesting and delicious twist. I must return soon to try their other dishes.

One of the most popular items here at Trei Cafe. We were told that they were out of the vanilla and nutmeg co yo ice cream (coconut milk vegan ice cream) so we happily settled for plain old vanilla ice cream instead. Now I really liked the colourful presentation and the generous serving size, however these hotcakes were not as fluffy as they could have been and were also markedly salty. 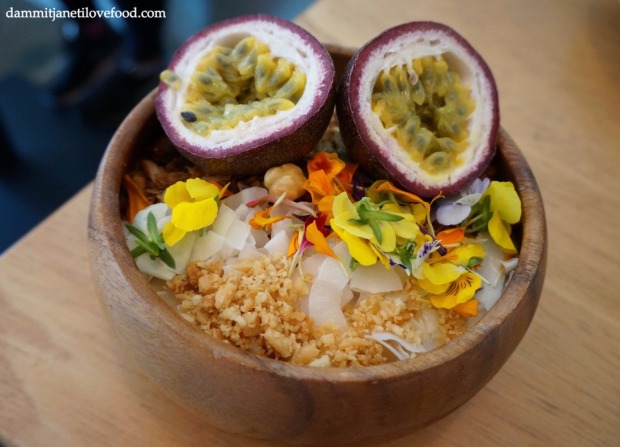 Simple bright decor, average service, ordinary food. The east side is desperately in need of good brunch places, and after my visit to Trei Cafe I still believe that this is the case. 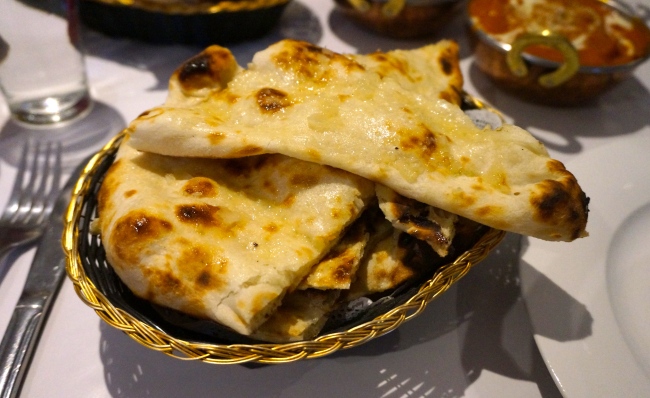 Pakoras –  hot crispy batter that contained lots of spices. I preferred the cauliflower fritters over the spinach ones as the spinach fritters were simply batter = Not bad

Paneer Pakora – crispy on the outside, soft cottage cheese on the inside = Not bad

Beef Madras – spicy beef curry that was cooked with capsicum, coconut milk and a touch of vindaloo = Good

Baingan Ka Bharta – tasty eggplant curry that was cooked with onions, tomatoes and an abundance of peas = Good

Chicken Butter Masala – chicken cooked in a tandoor oven that is simmered in a sweet tomato sauce and is finished with butter, cream and cashew nuts = Good

Masala Kulcha – there was hardly anything stuffed into this naan bread except for a paper thin scraping of potato. However the naan bread itself was yummy = Not bad

Although this place may look ordinary from the outside (plain red brick building that looks like a house),  it certainly serves up some tasty North Indian and Tandoori cuisine. Keep in mind that the level of spiciness of the food is mild unless you specify that you want it medium or hot. Although the service is friendly, it can sometimes be a bit slow depending on how busy they are at the time. Note that this place is in the Entertainment Book.